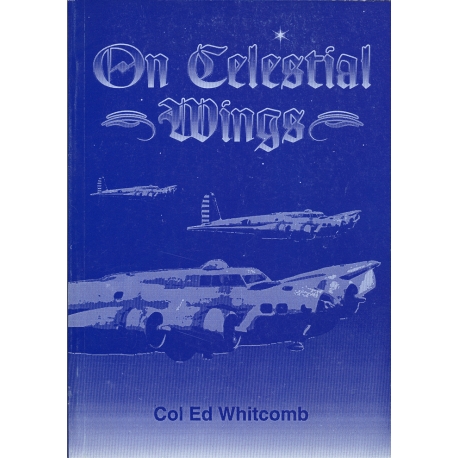 In November 1940, 44 young military cadets graduated from the first Army Air Corps Navigational Class at Miami University in Coral Gables, Florida. The cadets came from all parts of the United States-from the urban areas of the East Coast, westward to the Appalachian Mountains, to the Midwest and prairie states, to the Rocky Mountains, and the West Coast. These young men came from the inner cities, the farmlands, the mountains, and coastal regions, and they were all volunteers. Most were college-educated and in the prime of life. World War II was raging in Europe and it was becoming increasingly difficult for the United States to remain neutral.

A few farsighted men in our small Army Air Corps saw the essential requirement for trained celestial navigators in our military aircraft. The instructor for this navigational class was a 34-year-old high school dropout by the name of Charles J. Lunn. Charlie Lunn had first learned the art of celestial navigation aboard freighter ships in the Caribbean and later as the navigator aboard Pan American Airline planes flying to Europe and Asia. This book was written by one of those young navigators, Edgar D. Whitcomb, from Hayden, Indiana. Ed Whitcomb tells about these young comrades-in-arms and draws vivid word portraits of them as we learn of their assignments to Air Corps units. We learn how they survived and how some died in World War II.

We learn about Ed’s own pre-Pearl Harbor assignment with the 19th Bombardment Group at Clark Field in the Philippines and the unfortunate, and perhaps inexcusable, decision not to deploy our B-17 Flying Fortress bombers immediately after the attack on Pearl Harbor resulting in the loss of 40 percent of those aircraft as they sat parked at Clark Field when the Japanese destroyed that vital military air base on the afternoon of 8 December 1941.

On Celestial Wings tells of the development of the first program to mass produce celestial navigators as America geared up for entry into WWII. It also tells of heartrending tragedies resulting from America’s lack of preparedness for war and the fight against overwhelming odds in experiences of members of the US Army Air Corps Navigation School class of 40-A. It tells of their honors and victories and their disappointments and bitter defeats in a war unlike any that will ever occur again.

Be the first to write your review!